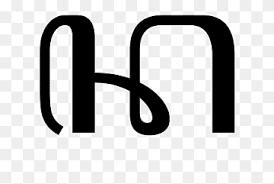 Javanese is my local language. East and Central Java, and Yogyakarta regard the the language, arts, and etiquette as the most refined on the island. This is the home of Java’s surviving aristocracy and it remains the region from which the majority of Indonesia’s generals, politic leaders and business people have come. As a local language, Javanese has many important parts in our life. In this writing, I will explain some of them.

The Language of Respect

Language training, which takes place mostly within the family is an important part of becoming Javanese. The mother of children in the age of four or five and other adults focus on them as an object of respect-prompting the children with proper speech terms. The children speak Javanese in the early years until they are older.

Even in our daily life, we also use Indonesian language as the national language, Javanese is spoken mostly. Moreover, parents introduce the Javanese and remind the etiquette required in Javanese social life.

One of the Javanese characteristics is that Javanese has  several speech levels. Each level shows the relationship between the speakers. Besides that, the speech levels as a  way to deliver someone’s respect and politeness to others.

Ngoko level shows the close relationship or friendship among the speakers in the conversation. It is the low level in Javanese. In addition, the language is simple, unrefined, and appropriate only for intimate or informal relations. It means, the speaker does not have reluctance with other. In equal status or among close friends use ‘ngoko’ level.

Furthermore, it sounds unusual to use Madya level with close friends and the situation becomes informal. However, it is acceptable to use Ngoko for the older people to the younger, parents to their children, or teachers to the students.

The second level is ‘madya’ or middle Javanese. The language is less refined variant of krama used by urban working class and other circumstances. On the other hand, in this social community the ‘krama’ level sounds overly stiff.

The third level is ‘krama’. This language level is more elegant and refined suitable for addressing people of high social class. For example, students with their teachers, servants with their homeowner, peasants with the governments officials.

When older people or  parents talk to the children under five, they use Krama to teach them using the polite language. When people use this speech level, their voice is soft.

It is the lowest speech level. Usually uneducated, impolite, or angry people use basa kasar in their daily life. When someone underestimates other, usually uses this speech level too. Angry people speak with high voice. Their language is rude and impolite. They forget the politeness and do not care with the people they are speaking to.

Leather Puppet Theater (Wayang Kulit) tell the historical stories like Mahabarata or Ramayana. Besides that, the theater usually gives the religious, political, or didactic in the nature messages.

People decide which kind of language they use, what is the situation, and who is the person they are speaking to. The relationship among the speakers also influences the language choice.

Learning and speaking Javanese is like speaking in three languages because the vocabularies are completely different. However, the factors of economy and technology , the older people and parents may forget to teach the children using the most polite language.

From the above explanation, we can conclude that:

One Reply to “Javanese is a Local Language, Spoken in Daily Life”