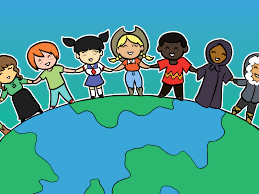 Culture is a shared background (for example, national, ethnic, religious) resulting from a common language and communication style, customs, beliefs, attitudes, and values. Those create cultural differences in human life.

However, culture in this text does not refer to art, music, literature, food, clothing styles, and so on. It refers to the informal and often hidden patterns of human interactions, expressions, and viewpoints that create cultural differences among people in one culture share.

Every culture has some factors create cultural differences. This writing explain some of them briefly.

These are factors that create and maintain cultural differences in human life.

Perception is the process by which people select, organize, and interpret sensory stimulation into a meaningful and coherent picture of the world. From the definition we construe that perception is the process by which we become aware of objects and events in the external world through our sense. The senses usually are thought of as seeing, hearing, feeling, tasting, and smelling.

Furthermore, the perception process begins when the observer selects what aspects of the environment to perceive. As a result, as observers, we engage in selective exposure. Then, we look at some things, ignore others, and turn away from still others.  This is called selective awareness.

The third step is interpretation that calls us to attach meaning to what we perceive. When we interpret, we evaluate subjectively what we sense, basing our interpretation on our past experience, our needs and values, and our beliefs about the way things are or should be. As cultures differ, so will perceptions.

Cultural values are the standards by which we judge our behavior and choose our goal in life. They comprise the evaluative aspect of our goals in life. They also guide not only action but also choice, attitude, evaluation, argument, exhortation, nationalization, and attribution of causality.

Moreover, values help us decide whether what we need to do will be useful, pleasure-producing, aesthetically sound, good, fair, or just. Above all values are mental conceptions. They are not observable and weighted heavily with emotional feelings. Values can be dissimilar in salience, direction, and degree across cultures.

What one culture thinks is important, another culture may not. This principle holds true as well for individual members of a culture. Salience or the perceived important of values is classified as primary, secondary, tertiary.

Some values are less important than others, depending on who is making the judgment. Values can maintain the cultural differences.

Belief is a state or habit of mind in which trust or confidence is placed in some person or thing. It is also something that is accepted, considered to be true or held as an opinion. Then, people are making judgments about what is true or probable.

Beliefs may be about the past, present, or future. For example, objects in the environment, people, or ourselves. Beliefs are classified in various ways. The first is belief in something, suggesting a high degree of probability that something exists. For example, the statement, “I believe in God” implies the high likelihood of a God.

The second is belief about something, suggesting a relationship between the object of belief and something else. For example, the statement, “God is she,” implies a relationship existing between God and females.

Attitudes can be defined as learned tendencies to respond favorably or unfavorably toward a given object of orientation. They are general, internalized dispositions to behave in certain ways, as evaluative reactions to objects, events, and people.

We could have a positive or a negative attitude about whatever interests us at a given moment. Attitude directly and specifically affects communicative behavior across cultures. Three forms of attitude are identifiable as sources of misunderstanding in intercultural communication.

One of these, ethnocentrism, conveys the impression that my way is the best way. It prevents us from enjoying the richness and knowledge of other cultures. It obstructs the open exchange of ideas and feeling among people, thereby restricting and limiting others’ viewpoints.

Another attitude that impedes communication is stereotyping, believing something to be true when it may not be. A third attitude, prejudice, means the irrational dislike, hatred, or suspicion a group, whether it be based on race, sexual orientation, or religion. It is being “down on” that which we are not up on. What we do not know about, we are prone to be prejudiced about. We are not born with attitudes. They begin to form soon after we are old enough to comprehend the world around us.

To handle the business of living, human have invented and developed a vast array of social institutions. A look at how typical people spend their time in the cultures of the world imply the pervasiveness of these institutions  .

On week-days in most cultures, adults work and children go to school. On Sundays, a holiday for many people, church beckons for those with Christian background. For the others a day of rest and relax-action is the norm, with visits with relatives and friends or short excursions a possibility.

Each function in some way in every culture, and all has a bearing o why and how we communicate with people from other cultures. The family and the institution of marriage exist in every known human society. As the agency of procreation, birth, and care of the young, the family always has been as indispensable organization to humans. It is a group to which an individual belongs for a long time, usually for life, and it is one from which a member cannot easily withdraw.

A culture’s educational system has the responsibility for maintaining a culture and passing on it. In many cultures the schools carry this obligation. Religion is a deep and pervasive determinant of culture pattern. Even the most secular cultures feel the influence of religion.